The Texas Tenors coming to Salina for benefit concert

The Texas Tenors are coming to Salina for a benefit performance!

Tony's Pizza Events Center and the ISIS Shrine announced that The Texas Tenors are scheduled to perform a benefit concert for the Shriner’s Hospitals for Children on Sept. 19 at 7:30 pm.

The Texas Tenors -- John Hagen, JC Fisher, and Marcus Collins -- are the most successful music group and third highest selling artist in the history of NBC's America's Got Talent! Since appearing on the show in 2009, they have released four studio albums, two PBS specials, four DVDs, and won multiple awards. Their most recent albums "Rise" and "A Collection of Broadway and American Classics" both debuted at No. 1 on the Billboard Classical Chart.

These classically trained, versatile tenors have performed more than 1,400 concerts around the world including headlining shows in Las Vegas, China, and a 24-city tour of the United Kingdom. In 2019, they were honored to be included among the top 50 acts in the world, and the only vocal group from the United States invited to compete on NBC’s primetime series "America’s Got Talent: The Champions."

The Texas Tenors performance in Salina is a fundraiser for Shriners Hospitals for Children and is being brought to Salina by the ISIS Shrine. Since 1922, the mission of Shriners Hospitals for Children is to provide the highest quality care to children with neuromusculoskeletal conditions, burn injuries, and other special healthcare needs within a compassionate, family-centered, and collaborative care environment. They also provide for the education of physicians and other healthcare professionals and conduct research to discover new knowledge that improves the quality of care and quality of life of children and families. This mission is carried out without regard to race, color, creed, sex, disability, national origin, or the ability of a patient or family to pay. The ISIS Shrine has been a viable part of the central and western Kansas communities since June 1887. The ISIS Shrine mission is to support

Shriners Hospitals or Children and to ensure all travel expenses of patients and families are covered, no matter the ability of the patient or family to pay.

Tickets for The Texas Tenors go on sale Friday at 10 a.m. at the Tony’s Pizza Events Center box office, and online at www.tonyspizzaeventscenter.com. 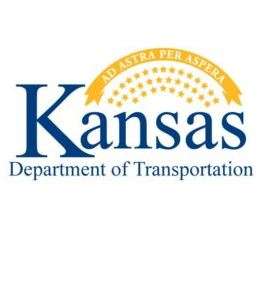 UPDATE: KDOT has updated the information concerning this project. It is now scheduled to begin on Wednesday and traffic will move through one 13-foot lane in each direction.

The Kansas Department of Transportation is scheduled to begin a twin bridge repair of the northbound and southbound bridges located on Kansas Highway 61 (K-61) over Blaze Fork Creek in McPherson County on Wednesday.

Traffic will be reduced to one 13-foot lane in each direction through the work zone. Drivers should expect minor delays, not exceeding five minutes.

PCI Roads, LLC of Saint Michael, Minn., is the prime contractor for this $314,000 project. The contractor has scheduled this project to be completed by August, weather permitting.

KDOT urges all motorists to be alert and obey the warning signs when approaching and driving through a work zone.