Q: How overlooked do you think you were coming out of high school and did you ever think about transferring schools to go up a level?

WHARTON: “I feel like coming out of high school I wasn’t overlooked; I was kind of undersized. Nobody knew the potential that I had. I feel like it was an opportunity that I just took and ran with. I think it was definitely a thought (to transfer). It crossed my mind a few times, thinking about coming to play at Mizzou. I think that I just stuck with it at S&T. The coaches loved me, and I think it was a mutual respect with each other, so I just stayed there.”

Q: How does it feel to sign somewhere close to home? And did you follow the Chiefs or Rams growing up?

WHARTON: “Growing up, I definitely was a Rams guy just because they were at home. Signing to a team that close to my hometown is good for my family. They’ll be able to see me play, and all my friends and family are still there. A lot of people want to live this out so I can play for them as well.”

Q: How do you describe yourself as a player?

WHARTON: “I think as a player I like to work hard on the field as much as I like to work hard anywhere else. Those stats come from just grinding out and fighting through everything. As far as on the field, no one knows what is going to come. I feel like I have a lot of learning to do to become a better player at the next level.”

Q: You offer a lot of flexibility at either guard or center. Where do you see yourself at the next level and what’s the team telling you? Also, you’re nicknamed The Big General. Where did that come from?

WILLIAMS: “I’m glad to be here in Kansas City, can’t wait to get to work. We’ve talked about it, but we haven’t solidified what spot I’ll be playing. I’m just going to compete at a high level and continue to do the things I do. I got the nickname The Big General from Elgton Jenkins a guy that played with me at Mississippi State, and now he’s with the Green Bay Packers. That’s the guy that gave me that name.”

Q: How much were you in contact with the Chiefs prior to the draft and with rookie minicamp being virtual what’s it been like to learn from other guys on the offensive line as you try to get yourself to understand where you may fit in on this team?

WILLIAMS: “We had communication throughout the entire draft process. We had meetings and things like that. We talked about it. Like I said, I’m glad to be here, and I can’t wait to compete my tail off each and every day I step out on the practice field. Then, just watching those guys on film it’s been truly a blessing just trying to learn the things they do. The technique they used to keep defenders off their bodies and keep Patrick Mahomes safe. It’s really been an awesome deal during our virtual meetings. We are able to really break down the film and break down the plays and things of that nature. Just really learn the scheme and learn the concept of how we want to do things in Kansas City, so it’s been awesome.”

Q: You held your guys accountable at Mississippi State and now you’re going to be switching back to that rookie role, how is that adjustment going to be for you? Also, you were very high on Mississippi State because of the family atmosphere. How much did what Coach Reid has built in Kansas City have to do with choosing the Chiefs?

WILLIAMS: “Like I said, learn from the veterans and just soak it all in. Try to come in and compete at a high level and earn the respect of not just the veterans but the coaches as well. Continue to work my tail off, that is something that I’m always going to do and show my worth and show that I want to be here and I want to learn and want to be that guy that competes at a high level. The second part, I think Kansas City is a family atmosphere. I really enjoy when you watch the games on TV you can really see the family atmosphere, not just because of the players but the fans as well. It’s really, truly been a blessing to be able to sit there and watch how Kansas City has grown and how they treat you like family. I really enjoy it.”

Q: When it comes to position versatility, how comfortable are you going from position to position on the offensive line?

DURANT: “He was our Hall of Fame coach at the Shrine Game. So, working with the O-line, he gave us his tips, he gave us stuff we could use in our game. It was a blessing; it was an honor just to be around him and have conversations with him. We kind of started our relationship there and seeing him at the Combine, I talked to him for a little bit there. But as far as him being connected and me signing with the Chiefs, there was no connection there. He’s just a good mentor for me to have.”

Q: How did you spend that Draft time as you were waiting to see if you’d be selected? And since you weren’t selected, is this something that’s always going to be in the back of your mind as motivation, or will you just kind of shrug it off?

DURANT: “I just kind of spent the days watching it and the last day, I had mom, dad, a couple friends and family – not a big group – and we watched it that day. There were times I walked away just to get away and be somewhere private. But it was a blessing, it was good, it was a good experience for those three days. It’ll always be in the back of my head, just knowing that I didn’t get drafted. But at the end of the day, that’s the past. What matters is now, what I do with it now. Drafted first round, undrafted, it really doesn’t matter. I’m just blessed to be here.”

Q: After the Draft was over, it sounds like you had a lot of offers and opportunities from around the league. What was it about the Chiefs that made you ignore those other offers and choose Kansas City?

TOWNSEND: “I’ve been hearing amazing things about the Chiefs, the coaching staff and just the culture that the Chiefs organization brings forward. So, it was always something in the back of my mind that told me the Chiefs would be a really great spot for me, and it played out that way.”

Q: Did you have any punters in your family history? If not, how did you and Johnny get into punting?

TOWNSEND: “No, there are really no other punters in our family. So, it all kind of started off Johnny’s junior year of high school, his team needed a punter. So, he went out there, he tried out and he got the spot. One of my dad’s friends, he actually punted for FSU back in the day and Johnny went and got a couple lessons with him. As he started going through the recruiting process, he started picking up some offers, and I kind of decided, ‘You know, I can do this too. Why can’t I do it?’ So, I kind of followed in his footsteps and here we are. It’s pretty crazy, looking back as a kid, I can’t say that I ever would have thought that I would be a punter in the place I am now. It’s kind of cool how everything worked out.”

Q: How much have you gotten to speak with Special Teams Coordinator/Assistant Head Coach Dave Toub so far? And how much experience do you have holding on placekicks?

TOWNSEND: “We’ve spoken a bunch, but we just finished the virtual rookie minicamp and we went over schemes and stuff like that. So, I’ve gotten a little bit of a taste for what we’re doing in Kansas City. And I’ve gotten a chance to watch all the film from the past few seasons, and that’s kind of something I’ve been pushing for and working on is to get a feeling and understanding of the schemes that we’re using here in Kansas City and just trying to learn that. And on the holding, I’ve been holding since high school. It’s something that I’m fairly confident in. Like I said, I’ve been a holder since high school, and I also held the two seasons that I played at Florida and we did pretty well there. I’m just excited, like I said a minute ago, I’m just really excited to get to work with Harrison (Butker) and James (Winchester) to try to make the operation as efficient as possible.” 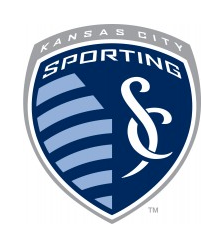 Four Major League Soccer teams have taken the first small step toward returning to play by allowing players to use team training fields for individual workouts.

Sporting Kansas City, Atlanta United, Orlando City and Inter Miami had players in on the first day they were allowed by the league.

Nashville, LAFC, Real Salt Lake, Houston and Portland are among the league's 26 teams that plan to start Thursday, with more lined up next week.