During a rescheduled meeting Wednesday the Salina City Commission acted on a request from Salina Arts & Humanities to cancel the 2020 Smoky Hill River Festival.

The commission meeting was rescheduled from its regular time on Monday because of technical issues. The commission is meeting via teleconference until further notice in an effort to comply with social distancing guidelines in response to the COVID-19 pandemic.

"As difficult as this is to say, it is more important at this time to set aside what our hearts desire and honor the beautiful spirit of the Smoky Hill River Festival by making this decision for the benefit of our entire community," Anderson said.

According to Anderson, "this is a time when our staff needs to explore new and creative ways for the arts to strengthen our spirits and give us hope as we work together to find solutions for the challenges that lie ahead."

Anderson noted that the festival brings together artists, performers, vendors, and guests from more than 30 states.

"As travel restrictions continue to be imposed, there's a significant likelihood that many of these people will not be able to attend the festival in June," Anderson told commissioners. "Projections by health and epidemiology professionals are suggesting the health impact will be felt over the next two to 20 months, making the feasibility of large gatherings such as the festival highly unlikely in less than three months."

Anderson explained that it wasn't possible to delay the festival to a later date "due to the complexity of coordinating 36 food vendors, 140 visual artists, more than 100 musicians and performers, let alone the 2,000 volunteers that we rely on to make the commitment to the festival and to make it the special celebration it is."

"We would prefer to be coordinating a very special 45th anniversary of the festival for 2021, as we learn more in the months ahead rather than trying to force something at a later date," he said.

Anderson told the commissioners that if they accepted SAH's recommendation to cancel the 2020 festival, the city would not incur approximately $200,000 worth of festival-related expenses, thus freeing up additional funding for the city in what could be fiscally tight times.

Anderson noted that the Arts & Humanities Foundation had reimbursed the city for a number of deposits for musicians and performers.

"They probably stand to suffer the greatest potential losses at this point," Anderson said of the foundation.

"Staff is doing all they can to preserve resources and dollars that have already been expended by asking performers and artists to reschedule their activity until June of 2021," he said.

Anderson said that SAH staff had reached 100 percent of the city-contracted and outside-contracted performers. All but one of those contracted expressed a willingness to reschedule as late as June 2021.

Additionally, Anderson said that because of not knowing how COVID-19 will strike Salina, there also is the factor of not knowing how many staff and volunteers would be available to prepare the facilities and make the festival happen.

Commissioner Karl Ryan asked Anderson whether, if the situation would allow, some sort of event might still be held.

"If things aren't as bad as they seem, can we have some kind of festival in the park or some event, Festival Jam for a couple of days? Is there a fall back to allow the community to, if there's the opportunity to do so to have some kind of a gathering?" Ryan asked Anderson.

"That is part of our mission and operation, both through the festival and through Salina Arts & Humanities," Anderson replied. "And yes, the short answer is if time and resources would allow having some kind of an event at a later time when we're allowed to gather."

Anderson said SAH was looking at ways it could use some of its resources to help support the education efforts that are taking place in people's homes because of the COVID-19 pandemic.

After a motion by Commissioner Trent Davis and a second from Commissioner Melissa Hodges, the Salina City Commission voted unanimously to cancel the 2020 Smoky Hill River Festival. 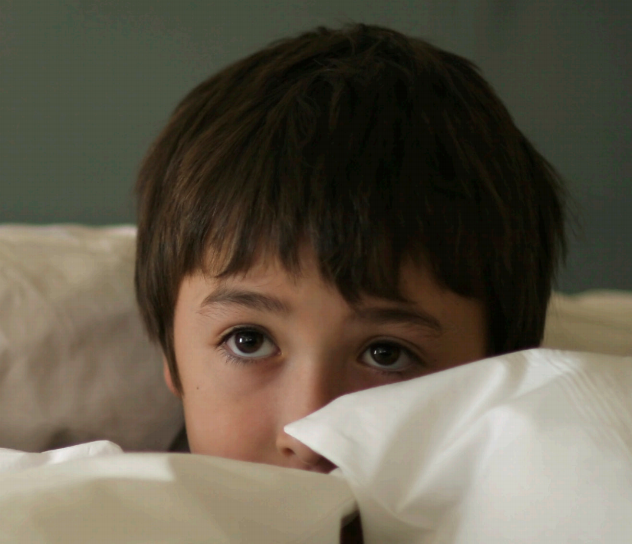 MANHATTAN – Children and adults experience and react differently in times of crisis.

“We sometimes only think of disasters as weather-related events, but we know that anything that disrupts daily life and community well-being on a large scale is a disaster,” said Bradford Wiles, associate professor and extension specialist with Kansas State University’s College of Health and Human Services. “Thinking about and being compassionate in how we all feel and process our emotions is crucial to our own, our families’, and our communities’ resilience in the face of the current pandemic.”

A K-State publication, written by Wiles and associate professor and extension specialist Elizabeth Kiss, includes information that can help communities recognize the negative effects that tough times have on the mental well-being of children.

The publication, titled Disasters: Children’s Responses and Helping Them Recover, is available online from the K-State Research and Extension bookstore.

The publication also includes signs to look for in children and how to emerge in a positive direction from times of crisis.

K-State Research and Extension has compiled numerous publications and other information to help people take care of themselves and others during times of crisis. See the complete list of resources online.

Local K-State Research and Extension agents are still on the job during this time of closures and confinement. They, too, are practicing social distancing. Email is the best way to reach them, but call forwarding and voicemail allow for closed local offices to be reached by phone as well (some responses could be delayed). To find out how to reach your local agents, visit the K-State Research and Extension county and district directory.