When EquiFest hits town next week, the majority of events will be in Tony's Pizza Events Center and the Saline County Livestock and Expo Center. Thanks to a partnership with the Salina Art Center, however, some events will be in downtown Salina.

“We are truly excited about the collaborative programming between the Art Center, downtown Salina, and EquiFest,” said Justine Staten, executive director of the Kansas Horse Council and event manager for EquiFest.

According to information provided by Salina Art Center, March 4-7 the Art Center Cinema, 150 South Santa Fe Avenue, has turned its facility over to Missouri film-maker, Adam Boster. Boster’s independent film, “The Lost Treasure of Jesse James,” has six showtimes and guests can meet Boster before each showing. Showtimes are as follows.

In the film, a backwoods team of Missouri kids race to solve a 100-year-old mystery and save their friends in this family friendly action adventure. Chased deep into ancient caves they must escape treasure hunters hot on their trail or be lost forever. Tickets are $11 and support Boster’s mission to grow grassroots independent filmmaking.

On Wednesday at 6 p.m., Boster will host a filmmaker’s workshop at Salina Art Center, 242 South Santa Fe Avenue. During this workshop, local filmmakers will learn how Boster and his Knights Treasure LLC made their two recent features, other films, why they chose these types of films, and their approach to building a sustainable Indy film business in their community. The workshop is free and open to the public.

Then, on First Friday, March 6, Boster and trick rider Matt Jobe, from the film, will be autographing movie posters at Salina Art Center from 4:30-5:30 p.m. While waiting for an autograph, guests can enjoy free cowboy poetry, song, and comedy by Geff and Dawn Dawson and Gary S. Pratt.

Geff Dawson brings the best of cowboy western entertainment to the Art Center with his original western music and cowboy poetry along with his western comedy. His songs and poetry are about his western way of life while working on ranches in the Kansas Flint Hills. Geff and Dawn Dawson will entertain with lots of laughter and fun as they bring the audience into their cowboy world.

The film and First Friday activities are sponsored in partnership with Salina Downtown Inc. and Salina Arts & Humanities.

Presented by the Kansas Horse Council, the 23rd annual EquiFest of Kansas all-breed horse fair and exposition is scheduled for March 6-8 in Tony's Pizza Events Center and the Saline County Livestock and Expo Center. Doors open at 9 a.m. each day. Admission is available at the event and is $15 per day or $35 for a three-day pass. There will be no advanced sales.

For more information and a complete schedule of events, go to equifestofks.com. 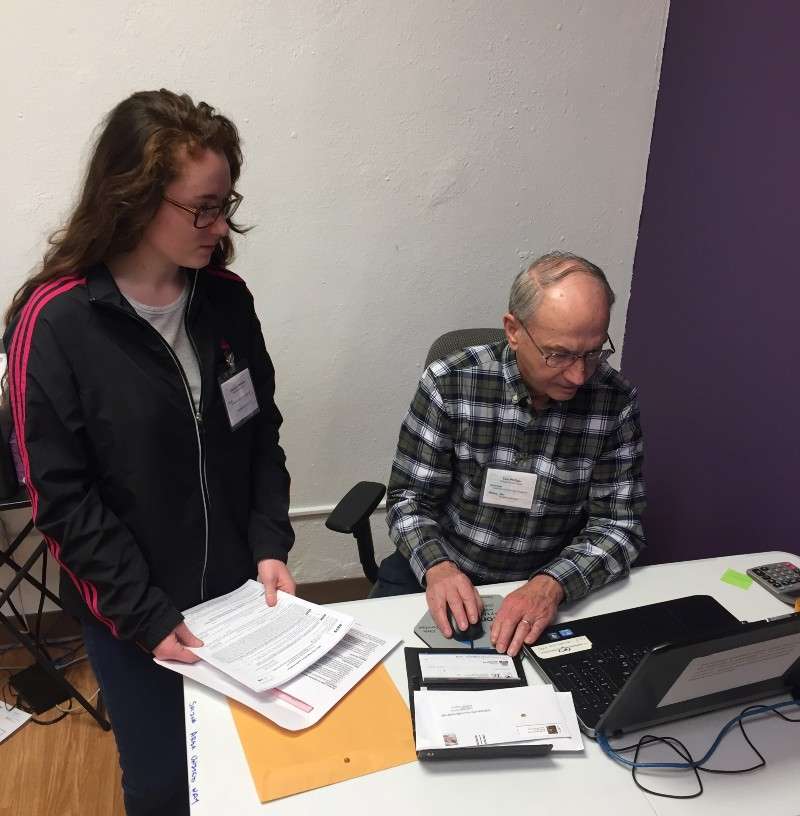 Free tax preparation assistance will help you keep more of your hard-earned cash.

The Salina Area United Way (SAUW) is offering free tax assistance services to individuals and families through the Volunteer Income Tax Assistance (VITA) program. VITA is an IRS-sponsored program. VITA is for moderate and low-income individuals and families, generally with an income of $56,000 and below. It’s providing income tax preparation assistance by trained and certified volunteers.

There are no hidden fees with the VITA Program, which has played an important role in Salina for over 19 years. Free means free.

“Tell your friends to take advantage of this valuable program,” Gutierrez added.

The program is at 145B South Santa Fe Avenue. Tax assistance is available from 10 a.m. to 3:30 p.m. Mondays; 1 to 5:30 p.m. Tuesdays and Thursdays, and 9 a.m. to 1:30 p.m. on Saturdays through April 16. Services are on a first-come-first-served basis by IRS certified volunteers. There is plenty of parking in the City of Salina lots.

Taxpayers must bring a government-issued photo ID, Social Security card, or Social Security number verification letter for all persons named on the tax return, as well as each of their birthdates. They must also bring all income statements including W-2 and 1099 forms for all incomes. Those with health insurance purchased on the marketplace should bring 1095 forms (Affordable Health Care Statements). Taxpayers hoping to claim a Kansas Homestead refund should bring their property tax bills. Those claiming child-care tax credits should bring the total they paid as well as the provider’s tax ID number. Those who wish to receive their refund via direct deposit, or pay their taxes via bank draft should bring a blank check or bank card indicating the account’s routing number and account number. Finally, copies of last year’s state and federal returns are helpful to speed the process of completing this year’s form.