Police are investigating the theft of three guns from a central Salina residence on Wednesday.

Salina Police Captain Paul Forrester said this morning that sometime between 7 a.m. and 5 p.m. Wednesday, someone stole the following from a residence in the 1000 block of South Santa Fe Avenue.

An American Firearms compact 22, valued at $100

Steven Trumbo, 54, of Salina, told police that when he returned home from work Wednesday, he noticed damage to his front door frame and a broken plexiglass window, Forrester said. When Trumbo went into his bedroom, he found three empty gun cases on his bed, Forrester said. 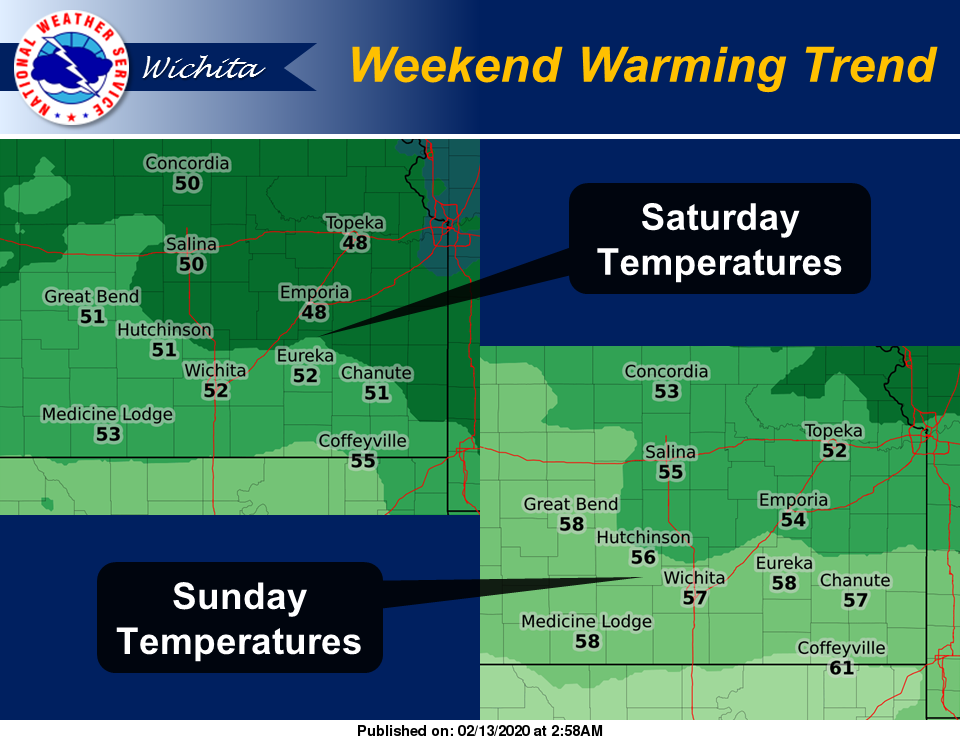 Warmer weekend weather on the way

We're eagerly anticipating the weekend warmup. How about you?

According to the National Weather Service, cold and breezy weather will prevail today. Morning wind chills will drop to around 10 below for many across the area, with forecast high temperatures only reaching the teens and 20s.

NWS noted that wind chills will dip below zero once again tonight, and will impact the region once again early Friday morning.

The cold snap, however, will be short-lived, with temperatures reaching the 50s to near 60 degrees this weekend.