HOUSTON – Not much went right for Wichita State in a 76-43 loss at No. 25/25 Houston on Sunday afternoon at the Fertitta Center.

Dexter Dennis scored 10 points and collected six rebounds for the Shockers (17-6, 5-5 American) who suffered their most-lopsided defeat (33 points) since 2003.

Quentin Grimes scored 14 points to lead a group of five double-digit scorers for Houston (19-5, 9-2), which took over sole possession of first-place after losses by co-leaders Tulsa and Cincinnati earlier in the day.

Wichita State missed 17 of its first 21 shots. Houston capitalized with runs of 16-2 and 9-0 to build a 38-18 halftime lead. It was the Shockers first 20-point halftime deficit in more than a dozen years.

The Shockers committed just two more turnovers in the second half but never found their shooting touch.

WSU made just two three-point field goals on 24 attempts and finished the game at 26.4 percent from the field.

Houston – which entered the day ranked second nationally in rebound margin – won the battle of the boards 44-30. The hosts shot an even 50 percent from the field.

The loss was WSU’s fifth in seven games on the heels of a 15-1 start.

Houston won its fifth-straight in the series and narrowed the Shockers’ all-time lead to 17-14. WSU is 3-10 all-time in Houston (0-2 at the Fertitta Center).

WSU ends the weekend alone in sixth-place in the AAC race – a game back of SMU and Memphis, which are both 6-4. 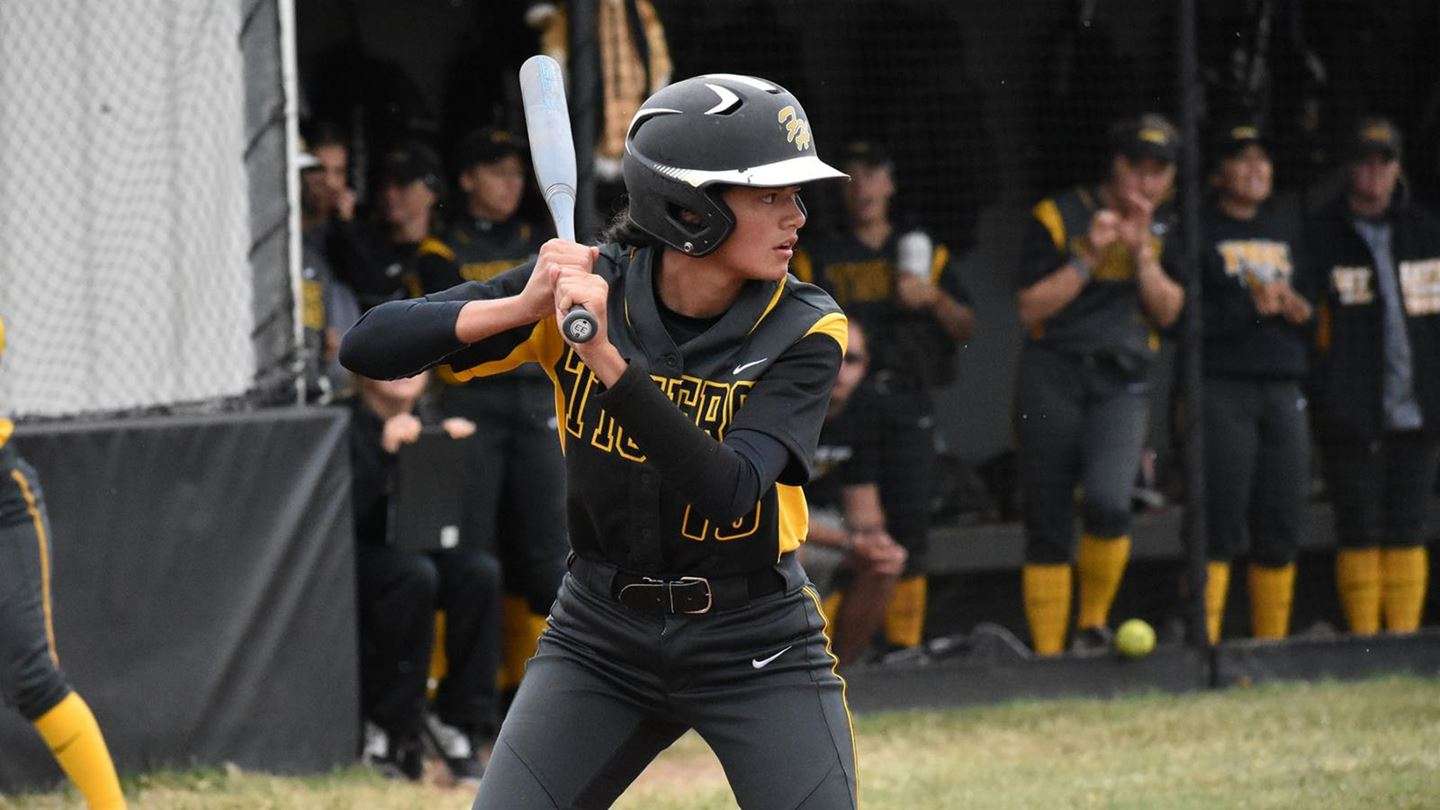 The Tigers defeated Southern Nazarene in their first contest of the day, 9-5, before taking the nightcap 7-5 over New Mexico Highlands. The Tigers moved to 3-1 overall and will play their final game of the weekend Sunday morning against CSU-Pueblo at 10 a.m.

The Tigers never trailed in their first game of the day. A two-run first inning produced an early lead before the Crimson Storm cut the lead in half with a run in the third. FHSU plated two more in the fourth and SNU trimmed the lead in half again in the bottom half of the inning with a run. FHSU went on to score one in the fifth, one in the sixth, and three in the seventh to build a 9-2 lead before holding on the final half inning despite three runs from SNU.

Alexis Velazquez drove her second home run of the season out of the park to right center in the first inning to give FHSU an early 2-0 advantage. SNU benefitted from a throwing error and a wild pitch to score a run in the third.

The Tigers used the long ball again in the fourth to extend their lead, a two-run shot by Sara Breckbill down the left field line. But, SNU countered with a solo homer in the bottom of the fourth to make it 4-2 Tigers. Breckbill added one to her RBI total in the fifth with a single, then Kristen Reed drew a bases-loaded walk in the sixth to put the Tigers up 6-2 going into the final inning.

Lily Sale picked up a pair of RBIs in the seventh on a double, then Terran Caldwell plated a run by putting a ball in play that was mishandled by the shortstop. FHSU looked well on its way to victory, but messy play in the bottom half of the inning allowed SNU to make the final moments interesting.

A dropped fly ball allowed SNU to get a confident start its half of the seventh. A single and then a throwing error plated the first run of the inning for the Crimson Storm. Michaelanne Nelson recorded a strikeout before a single down the left field line plated another run. She handed the ball to Hailey Chapman to get the final two outs. Chapman walked a pair and a wild pitch brought in another run, but a strikeout and foul out finally ended the SNU rally.

Nelson gave up five runs (three earned) on seven hits and a walk. She struck out a career-high 11 in her winning effort, moving to 2-0 on the season.

Fort Hays State received a big offensive effort in its nightcap from Lily Sale as she drove in five of the team's seven runs. Down 1-0 following a first-inning solo home run by New Mexico Highlands, Sale flipped the lead in FHSU's favor in the bottom of the second with a two-RBI double to the left-center gap.

Following Sale's double, Terran Caldwell and Kristen Reed both produced RBI singles to give FHSU a 4-1 lead through two innings. New Mexico Highlands cut the lead in half, 4-2 in the fourth, with an RBI single up the middle.

Sale continued her big day at the plate in the fifth with a three-run home run to left field, pushing the Tiger advantage to 7-2. That gave Sale seven RBIs on the day, adding in her pair from game one.

The homer proved necessary as New Mexico Highlands plated three runs in the sixth to cut the lead back to two. Hailey Chapman surrendered a two-RBI bases loaded single before handing the ball to Michaelanne Nelson. The Cowgirls plated one more run on a fielding error, but Nelson escaped any more danger by recording the final two outs of the inning. The Cowgirls got a pair of runners on in the seventh with two outs, but Nelson put the game in the bag with a strikeout.

Chapman picked up her first win of the season, moving to 1-1 by going 5.1 innings in her start. She allowed five runs (four earned) on eight hits and two walks. She struck out four. Nelson earned a save in her 1.2 innings of work, striking out two.