Chapman travels to Southeast of Saline for basketball tonight. 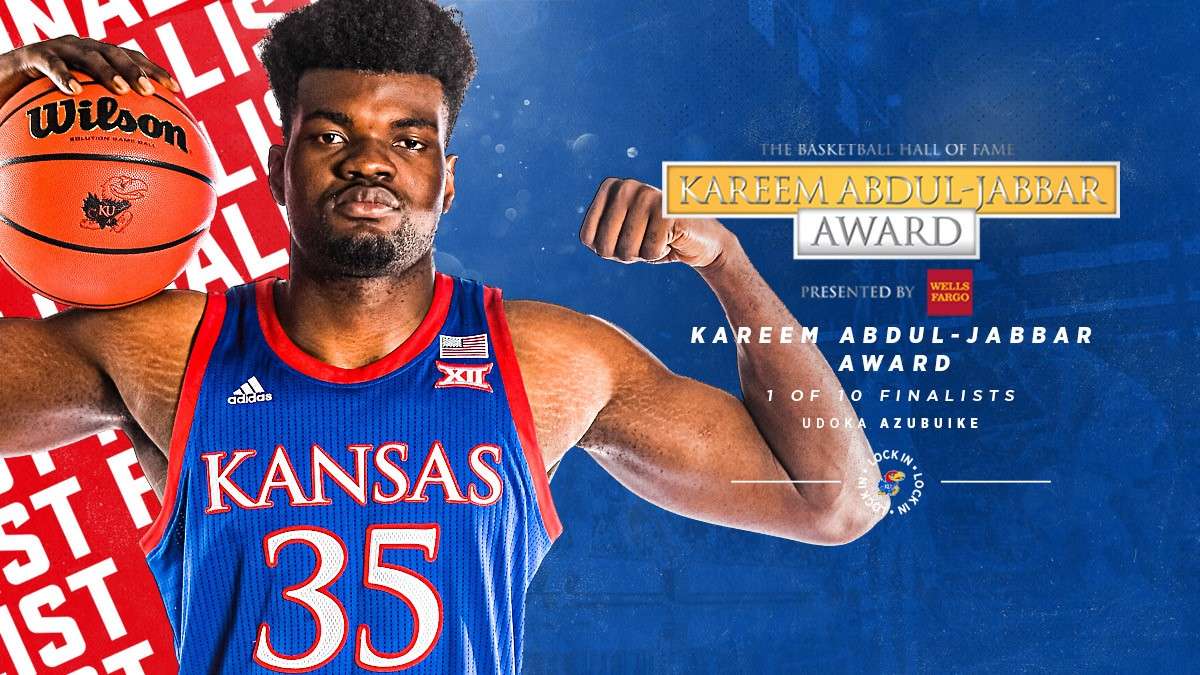 SPRINGFIELD, Mass. – Kansas senior Udoka Azubuike has been named one of 10 finalists for the 2020 Kareem Abdul-Jabaar Center of the Year Award, the Naismith Memorial Basketball Hall of Fame announced Friday.

On most every national player of the year watch lists, Azubuike leads the NCAA in field goal percentage at 76.3 percent. The Delta, Nigeria, center also leads the Big 12 in rebounding (9.5) and is second in blocked shots (2.5) and double-doubles (9). Azubuike has been a force in Big 12 play averaging 11.6 points, 10.3 rebounds and 3.2 blocks against league foes with four double-doubles. He is the only player in the Big 12 averaging a double-double in conference play. He was named the Big 12 Player of the Week on Jan. 27 and averages 12.6 points overall.

As a sophomore in leading Kansas to the 2018 Final Four, Azubuike led the nation with a 77.0 field goal percentage, which set the KU and Big 12 single-season records and ranks second-best for a season in NCAA history. He averaged 13.0 points and 7.0 rebounds in 2017-18 while being named an All-Big 12 Third Team selection.

New to the award this season is Fan Voting presented by Dell Technologies in each of the three rounds. In March, five finalists will be presented to Mr. Abdul-Jabaar and the Hall of Fame’s selection committee. The winner of the 2020 Kareem Abdul-Jabaar Award will be presented at The College Basketball Awards presented by Wendy’s in Los Angeles on April 10, 2020, along with the other four members of the Men’s Starting Five.

*Players can play their way onto and off of the list at any point in the 2019-20 season.