After playing more than 28 seasons of Division II basketball without being ranked 13th in the country, the Fort Hays State women's basketball team now occupies that spot in the WBCA Coaches Poll for the second week in a row, announced today.

The Tigers (13-2, 4-2 MIAA) picked up three wins since the last poll was released, holding off Pittsburg State at home before earning a pair of road victories over Northeastern State and Rogers State. FHSU's point total in the balloting process rose three points this week, up to 310.

Emporia State, the lone other MIAA representative in the polls, moved up one spot to No. 15 in the coaches poll while holding on to the No. 16 spot in the media ranks.

The Tigers and Lady Hornets will face off in a top-15 battle Wednesday evening inside Gross Memorial Coliseum, with the opening tip set for 5:30 p.m. 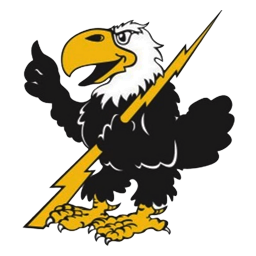 CONCORDIA – Missed opportunities due to 21 turnovers for the Cloud County Community College men's basketball team would lead to a 79-59 home loss to visiting Butler Community College in Arley Bryant Gymnasium in Concordia on Monday.

Following a third-straight defeat for Cloud County, the T-Birds are now 8-10 overall and 2-7 in the Kansas Jayhawk Community College Conference. The Grizzlies improved to 13-4 overall and 6-2 in the KJCCC after earning a win in their first of five games in 10 days.

As evidenced in recent T-Bird games in the past weeks, points would be hard to come by throughout the opening seven minutes of play with both teams combining for just 14 points leading to a 9-5 Butler lead. Cloud County would manage to battle back and tie things up at 10-10 with 10:05 remaining, but would be turned away from taking their first lead of the contest until the 8:08 mark at 15-14. The next three minutes of play would see four lead changes and three ties with CCCC breaking a 21-21 deadlock to take the lead once more with just over five minutes left before halftime. A 9-0 Butler run would allow the Grizzlies to open up their largest lead of the first half at 30-22, with the halftime margin eventually settling at eight as both teams would score a pair of points in the final 76 seconds of the first period to put things at a 32-24 lead for the Grizzlies at intermission.

Butler would quickly extend their lead in the opening minutes of the second half, going up double-digits with 18 minutes left in the game. Cloud County would then begin to match the Grizzlies point-for-point, but would be unable to cut into the deficit as things would reach a 16 point deficit at 55-39 with 9:22 left in the contest. Things would not get much better for CCCC in the back end of the second half as Butler would not let Cloud County get any closer than 15 while leading by as many as 22 to earn their fifth win in six games.

A 40 percent (22-of-55) shooting performance on the night would not be enough for the T-Birds as Butler would outscore CCCC 24-10 in free throws while also hitting nine threes compared to just five for Cloud County. The T-Birds would hold a 37-35 advantage in rebounds and outscore Butler 26-20 in the paint, but be hurt badly by a 26-8 difference in points off turnovers.

Just two players for Cloud County would reach double-figure points as Jay Lewis (13) and Dyelan Reed (12) would lead the T-Birds offensively. Iyen Enaruna would narrowly miss out on a double-double with nine points and 13 rebounds while Ty Duin would add seven points and team-high three assists.

The T-Birds will look to straighten things up with a pair of road games remaining this week which will kick off on Wednesday at Coffeyville Community College. Tip-off is set for 7:30 PM between Cloud County and the host Red Ravens, who will enter with a 13-6 overall record and 5-4 mark in the KJCCC after falling to number 13 ranked Cowley by a score of 113-97 Monday night.