Fire on the Mountain Tour coming to Salina

It will be an electric night of classic country and Southern rock as the Fire on the Mountain Tour featuring The Charlie Daniels Band and the Marshall Tucker Band with special guest the Scooter Brown Band, roar into the Tony’s Pizza Events Center on April 24.

Best known for its Grammy-winning hit, “The Devil Went Down to Georgia,” The Charlie Daniels Band has been performing on stage and screen for more than 50 years. From his Dove Award-winning gospel albums to his genre-defining Southern rock anthems and his CMA Award-winning country hits, few artists have left a more indelible mark on America’s musical landscape than Charlie Daniels.

The Marshall Tucker Band has been in tune and tearing it up on live stages both big and small around the globe since 1972. The band’s mighty music catalog, consisting of more than 20 studio albums and a score of live releases, has racked up multi-platinum album sales many times over in its wake. Fans will sing along to “Heard It in a Love Song,” “Can’t You See” and, the testifying travelogue warning of “Fire on the Mountain,” to name but a few.

“The Charlie Daniels Band has played more dates with The Marshall Tucker Band over the past 45 years than any other band we’ve ever worked with,” said Daniels. “Even after all these years — after the tragedies, the miles, the personnel changes, and the many developments in the music business — MTB and CDB are still a viable package that offers an entertaining and crowd-satisfying show.” 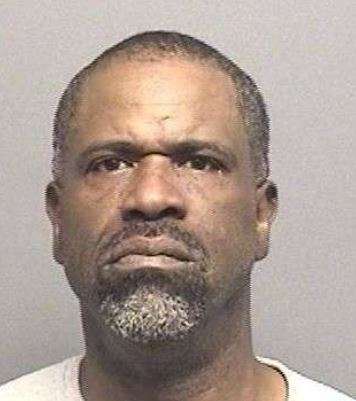 Salina Police Captain Paul Forrester said this morning that police were sent to the 500 block of West Grand for the report of a vehicle stolen at approximately 7 a.m. Susan Galvez-Cooper, 44, of Salina, told police that she was warming up her maroon 2014 Ford Fiesta, valued at $4,000, when it was stolen, Forrester said.

At approximately 1 a.m. Saturday, an officer located the car at the SureStay Hotel, 1846 North Ninth Street, he said. Inside the car was paperwork belonging to John Sturgis, Jr., 54, Forrester explained. The vehicle was returned to its owner, he added.

During the course of the investigation, it was determined that Sturgis was staying at the SurStay Hotel and that he had two outstanding Salina Municipal Court warrants, Forrester said. A witness later confirmed seeing Sturgis driving a maroon vehicle to the SureStay Hotel, he said. Additionally, Sturgis had in his possession the key to the Ford Fiesta, Forrester said.

When Sturgis was arrested, he asked whether the warrants were issued by Municipal Court Judge Brenda Stoss, Forrester said. When told that they were, Sturgis allegedly threatened to do harm to Stoss, Forrester explained.

Sturgis was arrested on suspicion of the following, Forrester said.

Theft of a motor vehicle