Two proclamations, a proposed ordinance, and a commission organizational meeting are among the items on the Salina City Commission for Monday.

Commissioners are first scheduled to meet at 3:45 p.m. Monday in room 107B of the City-County Building, 300 West Ash Street, for a study session that will consist of a time for public comment.

The regular meeting is scheduled to begin at 4 p.m. Monday in room 107 of the City-County Building. A time for public comment is scheduled near the beginning of the meeting.

Commissioners are scheduled to consider the following two proclamation requests.

Proclaim the month of January 2020 as National Slavery and Human Trafficking Prevention Month in the City of Salina. Andrew Lagerman, DVACK Victim Advocate, is scheduled to read the proclamation.

Proclaim the month of January 2020 as National Stalking Awareness Month in the City of Salina. Abby Hunter, DVACK Victim Advocate, is scheduled to read the proclamation.

Other items on the city commission agenda for Monday include the following.

Authorize the city manager to pay the annual invoice for dues and subscriptions to the League of Kansas Municipalities in the amount of $20,720.37.

Hear the second reading of Ordinance No. 20-11023 establishing a moratorium on future building permits in the Grand Prairie Addition in the City of Salina. A potential executive session to discuss with legal counsel this item is also listed on the agenda.

Comments from Mayor Trent Davis at the end of his mayoral term.

City commission organizational meeting presided over by the city clerk. This meeting will include swearing in newly elected city commissioners and voting for mayor and acting mayor. 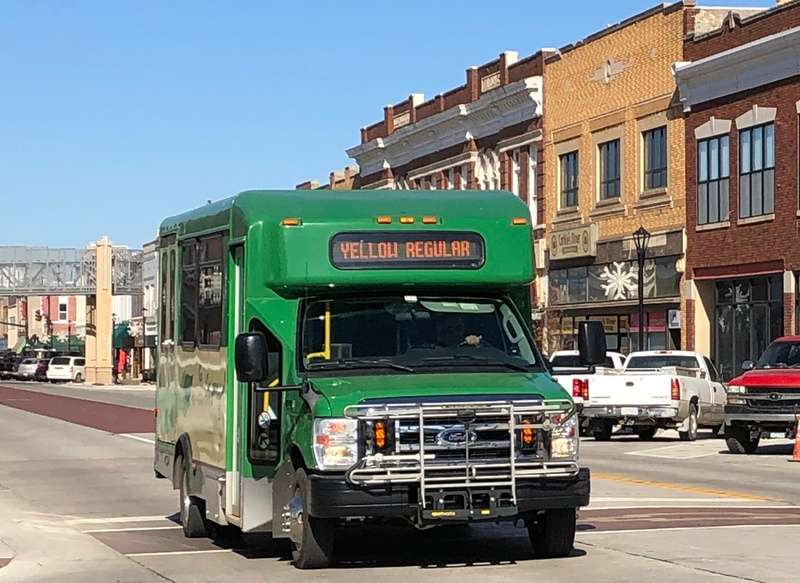 OCCK Transportation to be closed Jan. 20

OCCK, Inc. Transportation, including Salina CityGo, Regional Paratransit, City of Abilene transportation, and 81 Connection, will be closed on Jan. 20 for a full staff training.

“We are committed to providing the best possible service to our customers,” said Michelle Griffin, transportation director. “In order to do that, we must take time to give additional training to our employees, including all of our drivers, dispatchers and supervisors.”