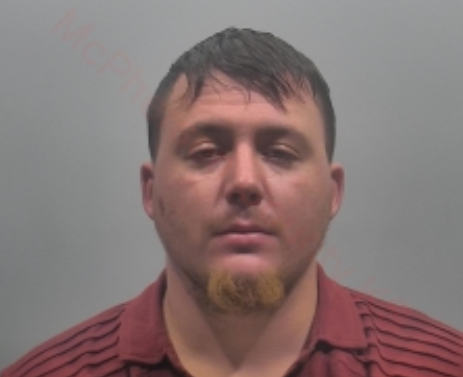 McPHERSON -- A Colorado man was taken into custody early Monday morning after a high-speed pursuit in McPherson and Marion counties.

According to a news release from McPherson County Sheriff Jerry Montagne, a McPherson County deputy attempted to stop a silver Cadillac Deville that was traveling south at a high rate of speed on Interstate 135 (I-135) near mile marker 59, just south of McPherson.

The Deville failed to stop for the deputy and a pursuit ensued on southbound I-135. According to the sheriff, the Deville entered Moundridge, where it made a U-turn and went north on 22nd Avenue until it reached U.S. Highway 56 (U.S. 56). It then went east on U.S. 56 until the driver exited the vehicle near Hillsboro just south of U.S. 56, the release stated. The male suspect entered the City of Hillsboro carrying a handgun, the sheriff reported.

After a search of the area, 26-year-old Jonathan Hurst of Colorado was taken into custody, the release noted. Hurst was arrested on suspicion of the following, according to the release from the McPherson County Sheriff.

According to Montagne, the investigation is ongoing and the handgun has not been found. Montagne asked that anyone who locates a weapon should not touch it and should call law enforcement immediately.