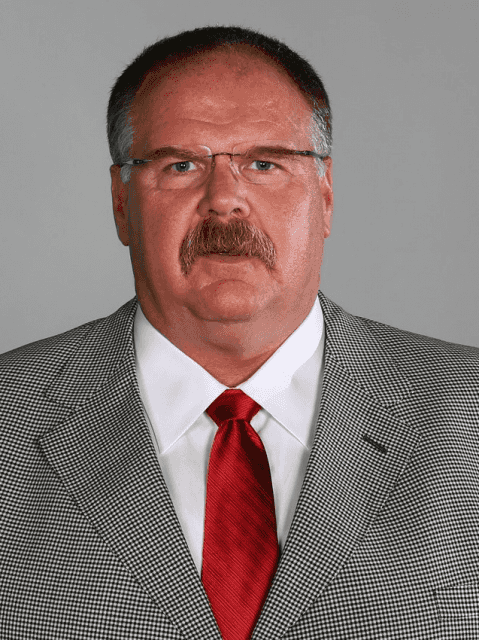 OPENING STATEMENT: "Welcome back. I really don't have much on the injury front. Although, I can tell you that LeSean (McCoy) was not in the concussion protocol. There was a question of that after the game, but that's not where he is at. We didn't talk much after the Chargers game, but it was a good team win. I was proud of the guys for that, the way we ended up finishing the game on the defensive side was very good. Other than that, we've moved on to the Raiders here. We look forward to that challenge of playing the Raiders. We don't really care what happened yesterday, it doesn't matter in the National Football League. You have to be ready every week, in particular when you have an opportunity to play an AFC West opponent. It's really about us getting ourselves ready. That's what we're going to focus on this week. The guys will be back in here tomorrow. That's where all of our energy will go, and in making sure that we clean up and get better at some of the things that we need to take care of. With that, time's yours."

Q: Is there any advantage to having a bye week this late in the regular season?

REID: "I think it was good to get a little break in there. I got the guys out. We're far enough along in the year to where I felt comfortable doing that. Just let them decompress there a little bit and get healthy. These are long seasons, and one coming this late isn't a bad thing with where we were sitting."

Q: Is a break this late in the season any different than what a normal bye week would be?

REID: "Not really. With the Monday night game, we came back and met that night – or, morning is what I guess it would be. Tuesday morning, that's when their bye began."

Q: How does your bye week change, in terms of work load, dependent upon where the bye week falls in the season?

REID: "(Statistical Analysis Coordinator) Mike Frazier does a great job of keeping us up on all of the stats and tendencies and so on throughout the year. It's not like it used to be. I talked to the coaches about this, it's not quite like how it used to be when you didn't have that person to do that. You had to go back and kind of crunch all of the numbers yourself. The bye was quite a little bit of work time for you. Now, you can get a couple of days off and get out and decompress as a coach, and get yourself ready to go for the final few games here. That's what we did, as a staff. It's different in the fact that you have a Monday night game, and then you played in Mexico City, so like you guys, we didn't get back until the morning of Tuesday. You are short a day there, but that's OK, too. There was plenty of time."

Q: Was there anything in particular that you saw out of the Raiders yesterday that might indicate a potential weakness that you could expose?

REID: "We go through that. They'll go through ours. I think both teams know each other. This is the fourth time that we've played that staff, so they have a pretty good idea of what we do and we have a pretty good idea of what they do. We just have to get ourselves ready. The way that the National Football League is right now, and it really has been, there is a strive for parity and that's kind of where we're at in this league. You better be prepared every week."

Q: When you look back to that second quarter against the Raiders a couple of weeks ago, do you feel like whatever you called at that particular point, that you guys were going to make it work?

REID: "I mean that was a long time ago. That was Week 2. It seems like a couple of weeks ago, but that was a while back. The guys did a nice job with that in the second quarter there. They executed well and we had the right things up for those particular coverages. But, they have a very experienced defensive coordinator who rolls his coverages quite a bit. There are going to be some good snaps, and then there might be some that might not be so good. You just power through that and keep rolling."

Q: What do you think about what you've gotten out of your secondary this year, particularly as of late?

REID: "Really, statistically, we're pretty good in the pass game part of it. I've seen gradual improvement as we've gone on. Better communication and a better feeling for the defense. They're really playing well together. We've got plenty of room to get better, so we'll keep working at it. But, we've got some young guys in there playing that are getting better. That's kind of the bottom line."

Q: With the amount of turnover in personnel on the defensive side, did you think that it wouldn't be immediate that these guys were going to gel together?

Q: Did you feel Charvarius Ward would have advanced to this level so early in his career?

REID: “Yeah, well he is a big physical kid for a corner. He’s got good size. He’s a good tackler and he’s long. I just think it’s a matter of, even to this point, just continuing to play. It’s good to see him power through some things. In his short career he’s had some games that weren’t so good. He’s powered through those and gotten himself better which is the primary focus for a young guy as opposed to just going to the tank and collapsing on it, not trusting yourself. At that position, there’s no position that you have to do that more than those corners. You’re on an island out there and you have to have the right mindset. I think he’s done a good job at that.”

Q: What do you think are some areas that the offense could improve upon?

REID: “Penalties. We need to take care of those. They’ve affected us in the field. It’s affected us in the red zone. We need to make sure we clean that up and that’s something we can do. That’s obvious, I think. The other things are smaller and I’m not going to get into those, but if we take care of that we will be better off all the way around. If you get a penalty in this league on a drive then it cuts your percentages of opportunities to score way down. You need to get rid of those.”

Q: With the fact Tyreek Hill didn’t stay in the locker room during the Chargers game, how optimistic are you that his hamstring injury isn’t going to be a lingering issue?

REID: “I think he’ll be alright. We’ll see how it goes, but listen, I’m optimistic. I know he loves to play the game and I think he’s been with Rick (Burkholder) a bit this past week. He’s had some things he had to also take care of. I’ll see tomorrow how he’s handled things. He’ll get out and move around a little bit tomorrow.”

Q: It’s been a while since the Chiefs and Raiders have played this late in the season where it has been important on postseason play, what does that mean to the NFL to have rivals like this to play a game this meaningful at this point in the season?

REID: “You just know when you play the Raiders it’s going to be a battle. They are very well coached. I have a lot of respect for Jon Gruden as a football coach and a friend, obviously. He’s got that group going. They were coming off a three-game win streak there, or four, but they were on a roll. Now you put things on the line here and you get to this part of the season and things count for both teams. It should be a great game and I know Arrowhead will be rocking here on this Thanksgiving weekend. They’ll be ready to go and it should be a great environment for a game with decent weather. All in all it should be good football weather.”

Q: In the last couple of games the offense hasn’t been moving at the speed you would like it to, is there anything happening there late in the game and what do you do to improve that going forward?

REID: “So, we’ve got to do a better job collectively whether it’s the calls I make or execution. When we run the ball we have to do a better job there and be a little bit more productive. With that, that would be the primary thing when you have a lead, that helps keep the clock rolling and you don’t have to use your short passing game quite as much. You’re able to keep a blend, a productive blend I would say.”