Officers responding to the scene arrested the driver, the Kansas City Police Department said in a news release. The westbound Cadillac sedan hit the man before turning southbound and striking the woman at about 7:20 p.m. It then crashed into a yard.

A 68-year-old Kansas City man died at the scene, police said. The woman was taken to a hospital where she is listed in serious condition. 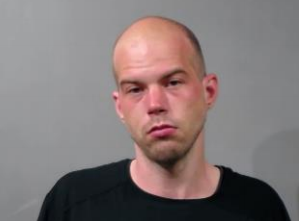 SEDGWICK COUNTY— Law enforcement authorities are investigating a robbery and have made an arrest.

Just before 10a.m. Friday a.m., police responded to a robbery in progress at the Popeyes located in the 1200 block of North Broadway, according to officer Kevin Wheeler.

Officers received information that a male suspect later identified as 23-year-old Michael Valentine attempted to rob the business, but was unsuccessful and left on foot.

Responding officers located Valentine in the parking lot of a nearby restaurant and arrested him without further incident.

The investigation revealed that Valentine entered the business armed with a toy gun and demanded cash from employees.  The employees refused to give Valentine money, and he left the restaurant.    As he left, he brandished a knife and threatened a 41-year-old male employee. There was no loss to the business, and no one was injured, according to Wheeler.

Valentine remains jailed on a $50,000 bond, according to online jail records.