Prospects ready for their closeup on draft night from home

Fifty-eight prospects will take part remotely in the NFL draft, which has gone completely virtual because of the coronavirus pandemic.

The players received video kits from the NFL that will record their reactions to being selected. The kits sent to prospects include two cell phones, two light stands, a pair of tripods, a headset for interviews and a microphone. One of the phone cameras will be on the entire time until the player is selected, while another will be used for interviews with ESPN, the NFL Network and Commissioner Roger Goodell.

The draft begins Thursday night and wraps up Saturday. 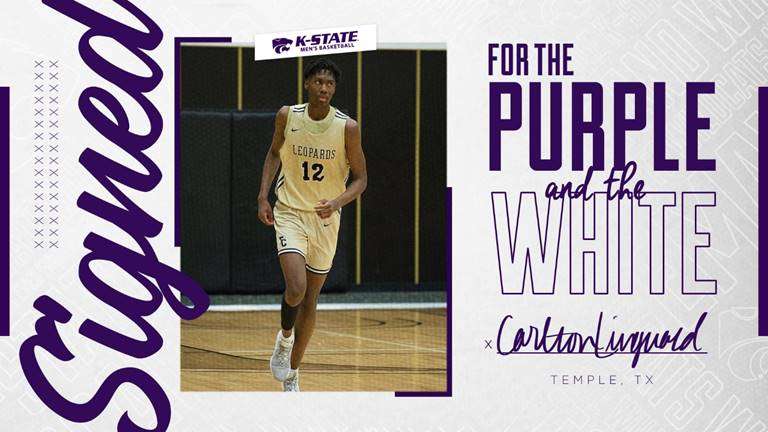 A 6-foot-11, 200-pound power forward, Linguard will have three years of eligibility remaining after playing just one season at Temple College in Temple, Texas, where he ranked among the best shot blockers and rebounders in the NJCAA (National Junior College Athletic Association) in 2019-20. He will be the seventh member of the 2020 recruiting class, which is listed among the Top 25 in the country by a variety of recruiting services.

“Carlton is a player we have been following for quite some time,” said Weber. “He is a versatile big guy who kind of came out of nowhere, playing for a smaller high school and didn’t have the exposure of AAU. He had very few offers coming out of high school, so he opted to play at the community college level at Temple (College) where he developed over the last year playing for a really, good coach in Kirby Johnson, who recently retired after winning a lot of games at the level.”

A native of San Antonio, Texas, Linguard was part of the one of the most prolific community college teams this past season at Temple College, which ranked in the NJCAA’s Top 10 in 12 categories, including in each major category (scoring, rebounding, assists, steals and blocks). The Leopards were second in nationally in scoring at better than 102 points per game (102.7 ppg.), while averaging 47 rebounds (sixth), 20.5 assists (10th), 12.3 steals (eighth) and 6.2 blocks (fourth) per game head coach Kirby Johnson, who has won more than 700 games in his career.

As a freshman, Linguard was named to both the All-NJCAA Region 5 as well as the All-Northern Texas Junior College Athletic Conference teams. He was one of just five true freshmen on the 12-man Region 5 team.

“He is a very skilled big guy with great length and has good perimeter range and passing ability,” said Weber. “He needs weight and strength, but he will get those once he gets in our program with (strength coach) Ben (O’Donnell). I think I was one of the first high-level coaches to visit him in the Fall and Coach (Kirby) Johnson told me, ‘Take him right now, redshirt him and three years he has a chance to be a pro.’ We will see how that develops once he gets here, but he definitely has high potential.”

Linguard scored in double figures in 25 of 30 games played, including a pair of 20-point performances, while he collected 12 double-doubles. He also posted 15 games of at least 4 blocked shots, including a season-best 11 in an 87-68 loss at Ranger on Feb. 19. One of his more impressive efforts came in a 118-106 win at Grayson on Jan. 8, in which, he poured in a season-high 28 points on 11-of-19 shooting to go with a season-tying 17 rebounds.

Temple College posted a 24-7 overall record in 2019-20 in one of the most difficult regions (Region 5) in the community college ranks, which produced two Top 10 teams (Clarendon and Ranger) and sent three squads (Clarendon, Ranger and South Plains) to the NJCAA National Championship in Hutchinson.

The classic ‘late bloomer’, Linguard was a three-year lettermen and two-year starter at Stevens High School in his hometown of San Antonio. After posting a total of 12 points and 27 rebounds as a sophomore in 2016-17, he averaged 13 points, 7.5 rebounds and 1.4 blocks in playing a combined 58 games as a junior and senior.

As a senior in 2018-19, Linguard averaged 15.3 points on 49 percent shooting (188-of-387) to go with 7.5 rebounds and 1.3 blocks per game for a Stevens’ team that posted a 19-13 overall record and advanced to the Region 4 quarterfinals of the Class 6A UIL State Tournament under head coach Michael Raynes. He was a unanimous First Team All-District 28-6A selection and earned Second Team All-Academic honors. He led the Falcons in rebounding and blocked shots, while he was second in scoring. He scored in double figures in 24 of 31 games played, including eight 20-point games, while he posted 10 double-doubles.

The current class is rated among the Top 25 by several recruiting services, including No. 18 by Rivals.com, No. 23 by 247Sports.com and No. 24 by ESPN. Historically speaking, it is the highest-rated recruiting class under Weber and the highest collective class by K-State since recruiting rankings have been kept. Four of the five prep players are rated among the Top 200 players nationally, including four members of the Rivals150, while Williams ranks No. 54 on the list of the top junior college players in the country by JucoRecruiting.com.