A man identified as Cody Lee Pfister, 26, Warrenton, who took a video of  licking the merchandise after making a "Corona Virus" statement at Walmart and posting it to social media has been taken into custody, according to a media release from police.

This particular video, which won't be shared here, has gained some international attention and we have received numerous reports about the video from locals, nearby residents, as well as people from the Netherlands, Ireland, and the United Kingdom, according to the release.

We take these complaints very seriously and would like to thank all of those who reported the video so the issue could be addressed."

Pfister has previous convictions for burglary, theft of a firearm, disorderly conduct and driving while intoxicated, according to the Missouri Department of Corrections.

Missouri's death toll from the coronavirus rose to eight on Wednesday. The state had reported over 350 confirmed cases. 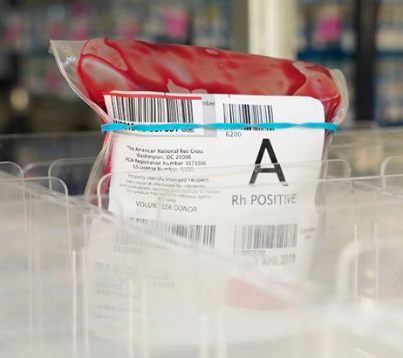 NEW YORK (AP)— With its global scope and its staying power, the coronavirus outbreak poses unprecedented challenges for charities and nonprofit groups that rely on donations.

The American Red Cross faces a severe blood shortage due to the cancellation of nearly 2,700 blood drives. The Girl Scouts' annual cookie sale — vital to the group's finances — has been disrupted by a top-level plea to halt in-person sales.

And a 21-member coalition of major nonprofits is pleading with Congress to allocate $60 billion so charities can keep their staff on the job and ramp up assistance programs.

The CEO of one of those groups, Brian Gallagher of United Way Worldwide, has worked with the charity since 1981, engaging in its response to the 9/11 attacks, the Ebola threat, Hurricane Katrina and other disasters.

He said the COVID-19 outbreak has no parallel: "It's as if a natural disaster is hitting in slow motion just about every country on Earth."

Already, foundations and other major donors have contributed more than $1.9 billion to combat the outbreak, according to Candid, a New York-based nonprofit that tracks philanthropic giving.

The overall total, including donations from individuals, is surely far higher. Yet nonprofit leaders fear that the needs arising from the outbreak will outstrip even the possibility of massive future giving, let alone a possible drop in giving if a recession takes hold.

“Even if we get this virus under control, there will be several months of recovery for many people,” said Patricia McIlreavy, president of the Center for Disaster Philanthropy. “Business will have closed, many families will have exhausted every reserve.”

Among the major charities bracing for future challenges is the Salvation Army, which says it annually receives about $2 billion in public support to serve about 23 million people living in poverty.

“We expect that service number to rise exponentially in the coming months," requiring "tens, if not hundreds, of millions of dollars to support our most vulnerable neighbors,” said Dale Bannon, the faith-based organization’s community relations and development secretary.”

He said the Salvation Army, like many other charities, has been forced to cancel numerous fundraising events because of the outbreak. It is now focusing on online fundraising operations.

Canceled blood drives have been devastating to the American Red Cross, which provides about 40% of the nation’s blood supply.

In a statement Wednesday, the organization estimated that there have been 86,000 fewer blood donations in recent weeks because of the wave of blood drive cancellations at workplaces, colleges and other venues as people were told to work or study from home and practice social distancing.

Patients being treated in hospitals for the coronavirus do not generally need blood transfusions, but the worsening blood shortage could affect surgery and cancer patients and victims of car accidents.

Anticipating that blood drive cancellations will continue, the Red Cross pleaded for potential donors to support drives that do take place or for donors to visit its blood-donation facilities.

The group outlined additional safety precautions being taken, including checking the temperature of staff and donors before they enter locations and requiring staff to change gloves each time they interact with a different donor.

For the Girl Scouts of the USA, calling for a halt to in-person cookie sales was momentous, given that the sales net roughly $800 million annually and are the core of the organization’s fundraising.

Girls who had been selling cookies at booths outside stores and other locations were asked to focus on online sales instead.

“The risk of interaction with large crowds is just too great,” said the Girl Scouts’ CEO, Sylvia Acevedo.

The Girl Scouts are asking their corporate supporters to consider making bulk cookie purchases. A spokeswoman, Valerie Geiss, said it would be several months before the financial outcome of the sales campaign is known.

Many local Girl Scout gatherings across the country have been suspended, though some units are meeting online. The Washington-based Girl Scouts of Nation’s Capital said it will be hosting more than 40 “virtual troop meetings” next week, potentially serving about 5,000 girls.

The Girl Scouts were among the 21 nonprofits appealing to congress on Thursday for the $60 billion infusion of support for charitable organizations.

Their appeal said America’s charities employ 12 million workers, many of them working on the front lines of the coronavirus response.

“The financial impact of the crisis has put the very survival of many essential service providers at risk,” said Steven C. Preston, president and CEO of Goodwill Industries International. “Charities are our society’s shock absorber when crisis hits.”

At the Center for Disaster Philanthropy, McIlreavy says there has been a surge of requests from would-be donors seeking guidance on how to give effectively in response to the pandemic.

‘‘Folks just want to know the money is going somewhere where it's actually going to help someone,” she said.

Her center urges donors to be wary of misinformation and do thorough research of charities before making gifts. It identifies key areas that could interest donors: urgent medical response needs, long-term medical research and assistance to vulnerable people in the U.S. or abroad.

For most people, the coronavirus causes only mild or moderate symptoms, such as fever and cough. For some, especially older adults and people with existing health problems, it can cause more severe illness, including pneumonia.

For the United Way, a current priority is to strengthen and expand the 211 network that helps people who call the number to connect with providers of urgently needed social services.

Gallagher said 211 specialists have answered about 12 million requests annually, and he predicts there will be an additional 200,000 calls per day in coming weeks because of the outbreak.

Looking broadly, Gallagher believes there will be a surge in charitable giving for the next few months, and then a downturn as a weak economy takes a toll.

Big charities like United Way will get through it, Gallagher said. “The smaller nonprofits — houses of worship, soup kitchens — they will struggle."