NEW YORK (AP) — The Dow industrials took a 2,999-point nosedive on Monday as fears deepen that the coronavirus outbreak will throw global economy into recession.

Even for a market beset by volaility in recent weeks, the losses were staggering. The 12.9% drop in the Dow was its worst since 1987.

The losses accelarated in the last hour of trading as President Donald Trump advised Americans to avoid large gatherings. He also said he sees a chance of recession and promised help to the strguggling airline industry.

The losses came as huge swaths of the economy come closer to a standstill due to the outbreak as businesses and travel shut down.

NEW YORK (AP) — Stocks lost 8% in morning trading on Wall Street Monday as huge swaths of the economy come closer to shutting down due to the coronavirus outbreak, from airlines to restaurants. Emergency actions taken by the Federal Reserve late Sunday to prop up the economy and get financial markets running smoothly again may have raised fears even further, some investors said.

The S&P 500 lost more than 7% at the open, triggering a 15-minute halt to trading, and losses deepened after trading resumed. The selling was just as aggressive around the world. European stocks and crude oil were down 6% or more. The world’s brightest spot may have been Japan, where the central bank announced more stimulus for the economy, and stocks still lost 2.5%.

The spreading coronavirus is causing businesses around the world to shut their doors, which is draining away revenue. That has economists slashing their expectations for upcoming months, and JPMorgan Chase says the U.S. economy may shrink at a 2% annual rate this quarter and 3% in the April-through-June quarter. To many investors, that meets the definition of a recession, and the question is how long it will last.

The best-case scenario for many investors now is that the economic shock will be steep but short, with growth recovering later this year as stores and businesses open back up. Pessimists, though, are preparing for a longer haul.

Strategists at Goldman Sachs say the S&P 500 could drop as low as 2,000 in the middle of the year, which would be a 41% drop from its record set just a month ago. Goldman expects the index to rally back to 3,200 at year end.

American Airlines and United Airlines both announced steep cutbacks to flights over the weekend as customers cancel trips and the U.S. government restricts travel. Other travel companies have also seen steep drops in demand from customers.

Restaurants, movie theaters and other businesses that depend on drawing crowds appear to be next to get squeezed. Several states and the country’s largest city are ordering restaurants to close their doors to dine-in customers and do only takeout and delivery.

The Federal Reserve has been trying to do what it can to help the economy, and over the weekend it slashed short-term interest rates back to their record low of nearly zero.

It also said it also will buy at least $500 billion of Treasury securities and $200 billion of mortgage-backed securities to help calm the Treasury market, which is a bedrock for the world’s financial system and influences stock and bond prices around the world. Trading in the market began to get snarled last week, with traders saying they saw disconcertingly large gaps in prices offered by buyers and sellers.

“Despite whipping out the big guns,” the Fed’s action is “falling short of being the decisive backstop for markets,” said Vishnu Varathan of Mizuho Bank in a report. “Markets might have perceived the Fed’s response as panic, feeding into its own fears.”

The yield on the 10-year Treasury slid to 0.83% from 0.95% late Friday, a sign that investors are flocking into investments seen as safe.

The Fed action came as major economies expanded travel curbs and closed more public facilities, raising the cost of efforts to contain the outbreak that has infected nearly 170,000 people worldwide. China, where the coronavirus emerged in December, accounts for about half of those, but a dozen other countries have more than 1,000 cases each.

The Bank of Japan also announced plans to provide up to 8 trillion yen ($75 billion) in no-interest, one-year loans to companies that face cash crunches.

The measures came on top of stimulus from other major authorities, including the European Central Bank and the Bank of England last week.

Volatility appears to be the new normal following a dizzying week in which the Dow twice fell by more than 2,000 points and also record its biggest point gain ever — 1,985 points on Friday. Last week’s drops also confirmed the end of the longest-ever bull market on Wall Street, which emerged from the financial crisis and ran for nearly 11 years.

The leaders of the Group of Seven developed democracies will hold a call on Monday. European finance ministers are also discussing ways to help the economy keep going through the disruption as some countries in the region unveil stimulus plans, including guarantees for businesses and even individuals’ salaries.

For most people, the coronavirus causes only mild or moderate symptoms, such as fever and cough, and those with mild illness recover in about two weeks. But severe illness including pneumonia can occur, especially in the elderly and people with existing health problems, and recovery could take six weeks in such cases.

Experts expect the disruptions to travel and even to daily life to last for weeks, possibly months.

Many investors expect markets to remain volatile until the number of new infections stops accelerating. They’re hopeful that big spending programs from the U.S. government can help carry the economy in the meanwhile.

NEW YORK (AP) — Stocks dropped nearly 10% at the opening of trading Monday on Wall Street, triggering an automatic 15-minute halt, as huge swaths of the economy come closer to shutting down, from airlines to restaurants.

Emergency actions taken by the Federal Reserve late Sunday to prop up the economy and get financial markets running smoothly again may have raised fears even further, some investors said. The Fed on Sunday cut its key interest rate to near zero. European markets were also down about 10%. The price of crude oil also dropped about 10% . Bond prices soared as investors sought safety. 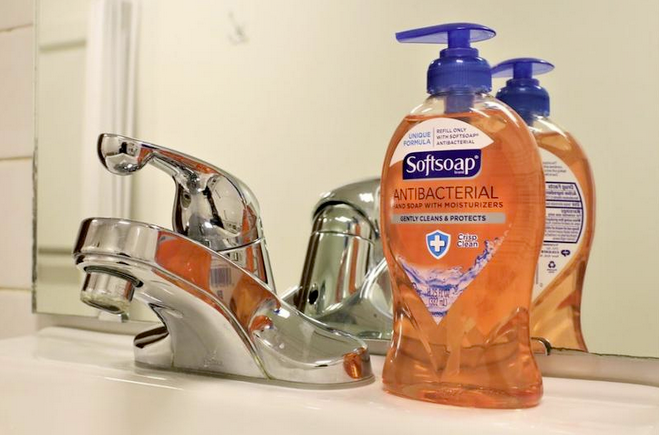 UPDATE: What Kansans need to know about the COVID-19 coronavirus

Note: A Spanish-language version of this article can be found HERE.

The new coronavirus is spreading quickly around the world, including across Kansas, and setting off a range of responses.

The Kansas News Service is boiling down key developments in the state and updating the status regularly here. To read this information in Spanish, go here. This list was last updated at 4:10 p.m. April 7.

NOTE: These figures only include cases confirmed with lab tests and do not represent the real, unknown total. Community transmission is occurring in parts of Kansas. View additional charts showing the disease’s spread over time and other trends here.

Gov. Laura Kelly is instituting a statewide stay-at-home order as of 12:01 a.m. March 30. It will last until at least April 19. Stay-at-home orders allow people to take care of essential activities (such as grocery shopping or going to work) as well as exercise outside, but otherwise keep to themselves.

The state’s stay-at-home order supersedes at least 13 county-by-county orders. Should the state’s order lift before a county’s is through, the county can choose to keep its own in effect.

The Kansas Department of Health and Environment (KDHE) is now mandating home quarantine for 14 days if you've traveled to the places listed below. If you come down with symptoms (such as a fever of 100.4 degrees or higher, coughing or shortness of breath) during those 14 days, contact your health care provider and explain your potential COVID-19 exposure.

Some doctors recommend patients with COVID-19 symptoms stay home even if they test negative for the disease, because of concerns that current testing approaches may be producing a significant number of false negatives.

Several hospitals across the state now offer drive-through testing, but patients must get doctor approval in advance or else will be turned away. Many Kansans can’t be tested unless they’re sick enough to be hospitalized, and results may take up to a week.

That’s because testing supplies remain limited and private labs helping many clinics and hospitals have large backlogs of samples. Hospitals trying to buy equipment for in-house testing say vendors are backlogged, too. The state will soon have several portable machines that can conduct 5- to 15-minute tests, and plans to lend them out to facilities most in need.

Some Kansas hospitals have succeeded in getting the testing materials and can give patients their results within a day. The state health department lab in Topeka can handle several hundred samples per day — a fraction of the demand.

HOW ARE UNIVERSITIES RESPONDING?

Public and private universities and community colleges in the state will finish this semester via online classes. Spring sports have been canceled. Most staff travel has been suspended. Graduations at KU, K-State and Wichita State are postponed or rescheduled.

In mid-March, Kansas became the first state in the U.S. to shut down school buildings for the rest of the 2019-20 school year. A state task force then issued guidance for distance learning, for which students aren’t expected to spend more than a few hours a day.

Some districts that make high schoolers earn more credits than required by the state will graduate them this year based on the state’s lower bar.

Districts across the state are still providing free meals to eligible children, but some have stopped because of concerns about the coronavirus spreading at meal pickup sites.

WHAT IN DAY-TO-DAY LIFE IS AFFECTED?

HOW BAD IS THE VIRUS?

COVID-19 usually causes mild to moderate symptoms, like a fever or cough. Most people with mild symptoms recover in two weeks. More severe cases, found in older adults and people with health issues, can have up to six weeks’ recovery time or can lead to death.

HOW CAN YOU AVOID IT?

FOR MORE INFORMATION ON COVID-19

The Centers for Disease Control and Prevention: https://www.cdc.gov/coronavirus/2019-nCoV/index.html

The Kansas News Service is a collaboration of KCUR, Kansas Public Radio, KMUW and High Plains Public Radio focused on health, the social determinants of health and their connection to public policy.