The Jayhawks won for the ninth straight time and remain a game behind first-place Baylor in the Big 12. Isaiah Moss had seven of his 13 points after halftime for Kansas.

West Virginia fell flat after leading by as many as nine points in each half and lost at home for the first time this season. Oscar Tshiebwe led the Mountaineers with 14 points and nine rebounds, but he had just two points after halftime. 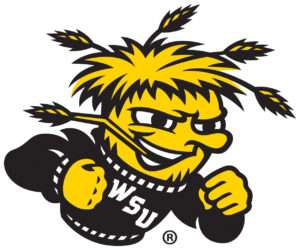 WICHITA -- Due to changes in ESPN's programming schedule on the evening of Feb. 27, the start time for Wichita State's home men's basketball contest with Temple has been pushed back an hour to 7 p.m. CST.

The game will air nationally on ESPN.

Tickets are still available, by phone at 316-978-FANS (3267), online at GoShockers.com/Tickets or through the Shocker Ticket Office, located at the south entrance to Charles Koch Arena.