CONCORDIA – A slow start would lead to a 17-9 hole after one quarter of action for the Cloud County Community College women's basketball team as the T-Birds would outscore visiting Coffeyville 40-38 in the final 30 minutes of action but fall by a final score of 55-49 inside of Arley Bryant Gymnasium in Concordia on Saturday .

The loss drops Cloud County to 9-17 overall and 4-12 in the Kansas Jayhawk Community College Conference while the Red Ravens improved to 11-5 in conference play and now hold a 21-5 overall record.

The T-Birds would manage to score the first points of the ball game on a Jacy Dalinghaus jumper, but then proceed to see Coffeyville score the next eight points to go up 8-2 midway through the first quarter. A Dalinghaus basket and free throw would cut the deficit in half and get Cloud County back in the scoring column as the T-Birds would close within two on their next offensive possession. Coffeyville would have a response however, ending the quarter on an 8-2 run as the deficit would grow back out to eight after the opening 10 minutes of action.

A 5-2 start to the second quarter by the Red Ravens would give Coffeyville their first double-digit lead of the game as Cloud County would be forced to take a timeout trailing 22-11 with 6:35 left in the first half. The T-Birds would then get three straight points from the charity stripe to get the deficit back down to single-digits before seeing the two teams trade buckets to have the deficit bounce back and forth between nine and 11 points. Cloud County would then be sparked by baskets from Jasmina Jones and Maeson Dewey to end the half as four of the final six points of the second quarter would be scored by the T-Birds to trail 31-22 at halftime.

Using a Haven Hamilton layup and Dalinghaus free throw to start the third quarter, Cloud County would get back within six at 31-25 in the opening minutes of the second half. Coffeyville would come back with back-to-back layups to go back up 10 as Cloud County would go on a four-minute scoring drought before getting the score back within seven on a pair of Isabella Vazquez free throws with just over a minute remaining in the third. The final 90 seconds however would see the Red Ravens get a free throw and made jumper on their final offensive possession as the score would hold at 43-33 with 10 minutes remaining.

Four quick points by Cloud County to open the fourth quarter would get the T-Birds within six at 43-37, but momentum would be quickly killed off by another scoring drought that would allow Coffeyville to go back up 10 at 47-37. Dalinghaus and Hamilton would then combine to score the next five points for Cloud County as the T-Birds would close within five on a pair of Kelsie Kelly free throws to cap off a 7-2 run. Needing to create a spark in the final 1:43 of the game, Cloud County would see Coffeyville score six of the next eight points to grow their lead back to nine at 55-46 as time would run out on a potential comeback by the T-Birds.

Nearly half of CCCC's scoring would come from Dalinghaus (13) and Hamilton (11) as the duo would also combine to grab 18 rebounds and add two blocks. LaKya Leslie would score nine points off the bench and grab six rebounds while also recording two assists.

Cloud County will have their first opportunity of the season to sweep a conference foe in a season series as the T-Birds will host Cowley College at 6 p.m. on Monday. 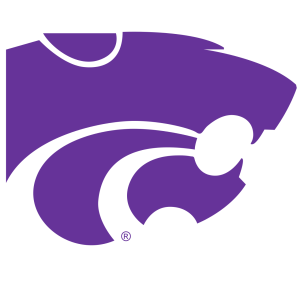 The Cyclones led by as many as 21 points and played the final 13 minutes, 46 seconds without star guard Tyrese Haliburton — who sustained an injury seconds before halftime.

Cartier Diarra scored 24 points to lead the Wildcats, who used a 13-3 run to pull within four points with 7:54 remaining but could get no closer.