COWLEY COUNTY  — Law enforcement authorities are investigating a Kansas man on new charges after a drug bust this week in Cowley County.

On January 16, officers executed a search warrant at the home of  46-year-old Brenton Jett in the 1000 Block of South A Street in Arkansas City, according to a media release.

The warrant was issued following an investigation into suspected drug use and sales at the house. During a subsequent search of the residence, items of both drug paraphernalia and methamphetamine were located by police.

They arrested Jett and Kaylin Marie Nichols, 24, on requested charges that include felony possession of methamphetamine and misdemeanor possession of drug paraphernalia.

Both were transported to and booked into the Cowley County Jail.

Nichols remains in custody. Jett  posted bond and has been released from jail. He has previous convictions for obstruction, unlawful manufacture of a controlled substance and for several drug violations. 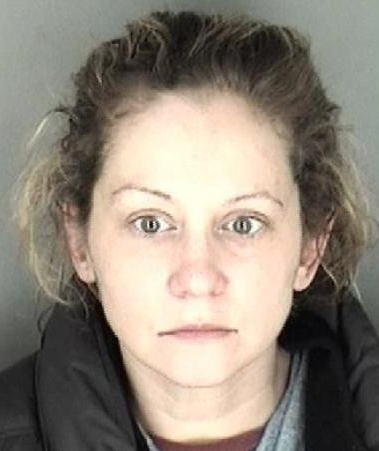 SHAWNEE COUNTY — Law enforcement authorities are investigating a Kansas woman on multiple charges after an arrest.

Just after 11a.m. Tuesday, deputies served a search warrant on a residence in the 3400 block of NW Rochester Road, according to Deputy Abigail Christian.

Deputies encountered the homeowner, Mary B. Kisner, 42, of Topeka, two other adult subjects, and Kisner’s toddler-aged child. Deputies seized methamphetamine, drug paraphernalia, marijuana, and prescription medication from inside the residence.

They also arrested Kisner and booked her into the Shawnee County Department of Corrections on multiple narcotics charges and child endangerment.

Kisner’s toddler-aged child and other minor child, who was in school at the time of the search warrant, were placed into protective custody pending a hearing, according to deputy Christian.