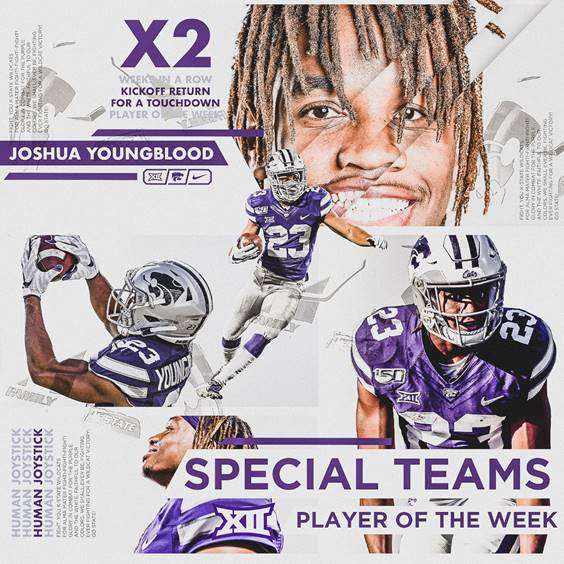 Youngblood is the only true freshman in the conference this year to earn offensive, defensive or special teams player of the week honors, while he is the Big 12’s first true freshman to do so in back-to-back weeks since Oklahoma’s Samaje Perine won two-straight offensive honors in November of 2014.

A native of Tampa, Florida, Youngblood became the first freshman in school history and third player overall to return the opening kickoff for a touchdown. It was his nation-leading third KOR score, a mark that ranks third in school and Big 12 history. He ranks first in K-State and league history in kickoff-return touchdowns among freshmen, breaking the mark of current Seattle Seahawk Tyler Lockett, who had two for the Wildcats in 2011.

Youngblood’s house call against the Cyclones was his second-straight game with a return touchdown as he took one back 100 yards against Texas Tech. He is the only player in the nation this season with KOR scores in consecutive games and the first Wildcat to do so since Morgan Burns, which was also at Texas Tech and against Iowa State.

Youngblood leads the Big 12 in kickoff-return average at 38.1 yards per return – 12.0 yards better than any other player – and he would rank first in the nation if he had two more attempts to meet the NCAA’s required minimum.

Thanks to its 8-4 record under first-year head coach Chris Klieman, Kansas State will learn its bowl destination and opponent this Sunday. 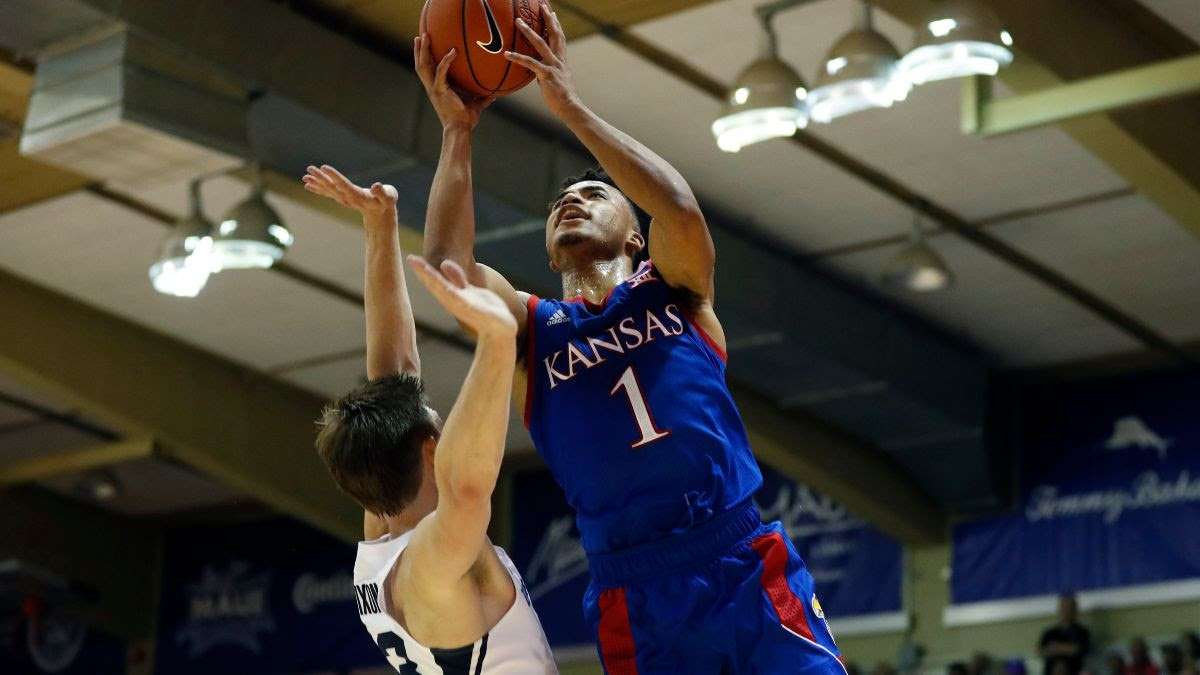 IRVING, Texas – After earning co-MVP honors of the Maui Jim Maui Invitational, Kansas sophomore Devon Dotson has been named the Big 12 Player of the Week, the conference office announced Monday.

Dotson won the weekly accolade in a vote by a media panel which covers the conference. This is the second time Dotson has earned a Big 12 weekly honor as last season he was named Big 12 Newcomer of the Week on Dec. 31, 2018.

In guiding Kansas to the Maui Invitational title, Dotson averaged 21.0 points, 4.3 rebounds and had 13 assists and eight steals in three KU victories against Chaminade, BYU and Dayton last week. The guard out of Charlotte, North Carolina recorded career highs in points (31) and steals (5) in the 90-84 overtime win against Dayton in the Maui title game while playing all 45 minutes in the contest.

No. 2 Kansas (6-1) will next play host to former conference foe No. 20 Colorado (6-0) on Dec. 7, at 6 p.m. (Central) in Allen Fieldhouse. The contest will be televised on ESPN2. Colorado is coached by former Kansas forward Tad Boyle who lettered at KU from 1982-85 playing for coaches Ted Owens and Larry Brown.