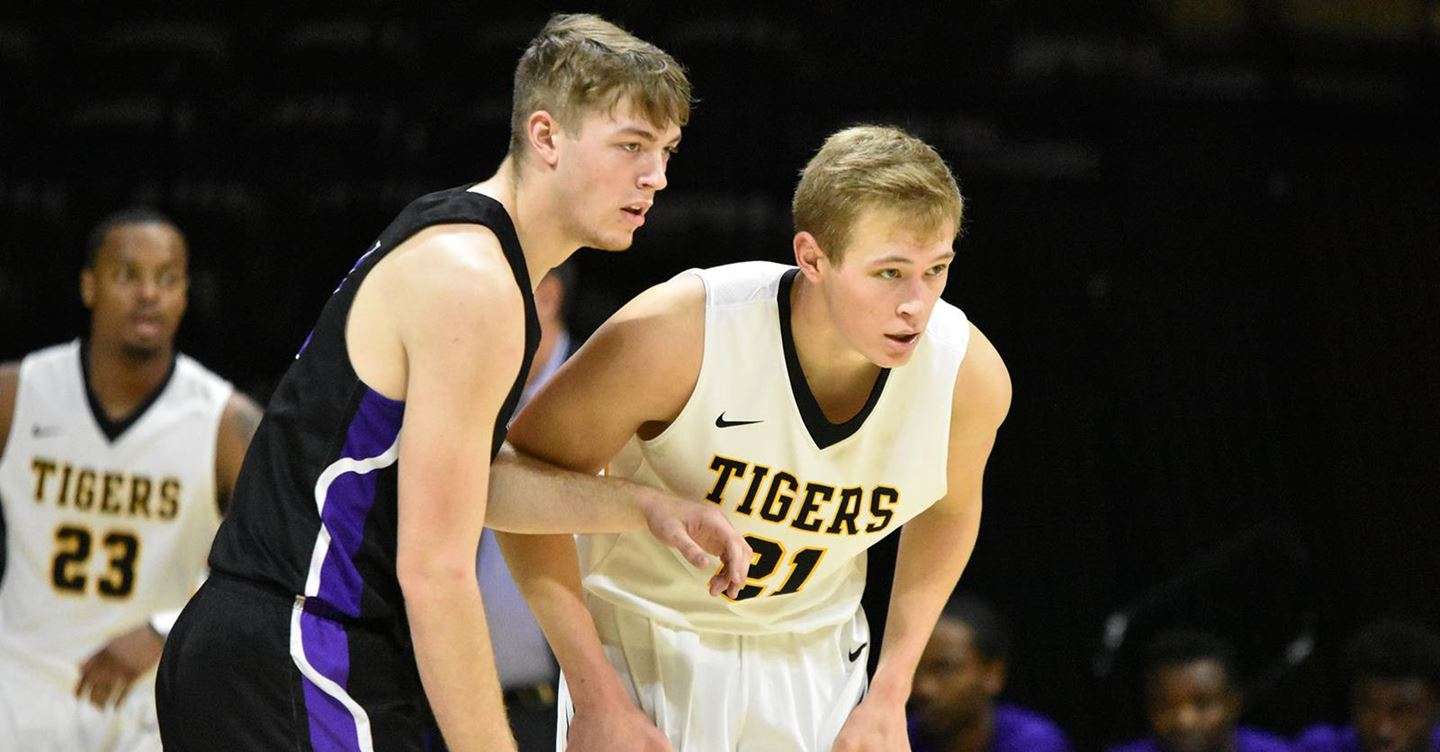 The Tigers host Sterling College on Saturday at 7 pm. FHSU enters the contest at 3-2 overall, while Sterling is 2-8.

The Tigers are coming off a tough 74-71 loss to Southwest Baptist in Kansas City on Tuesday at Municipal Auditorium. FHSU clawed its way back into the game late and had a pair of three-point field goal chances just before the final buzzer to tie, but the comeback effort came up just short.

The home opener on Saturday will be the first game against an NAIA opponent this year for the Tigers. FHSU faced all NCAA Division II competition in its first five contests of the season.

The usual Tiger starting five are all averaging nine or more points per game this season. Devin Davis leads that group at 12.8 points per contest. He had a career-high 21 points in the loss to Southwest Baptist on Tuesday. Alvin Thompson had his best game as a Tiger so far with 12 points.

The Tigers are one of the most solid free-throw shooting teams nationally so far this year at 82.2 percent as a team. The have shot 72 percent or better in four of five games.