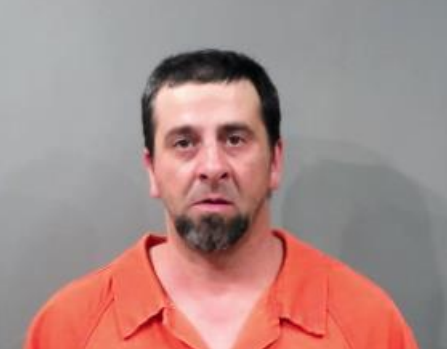 SEDGWICK COUNTY — A Kansas man arrested for a fatal weekend stabbing made his first court appearance Tuesday, according to the Sedgwick County Attorney's office.

Jason McCaleb, 44, is charged with first-degree murder in the stabbing death of 28-year-old Devin Cook.

Just after 4a.m. Saturday, police responded to a domestic disturbance call at a residence in the 2400 Block of South Washington in Wichita, according to Police Captain Brett Allred. There was a verbal disturbance between McCaleb and his roommate Cook and no crime had been committed.

After officers left, a physical altercation occurred between the two in a dispute over how long she had lived at the residence, according to officer Charley Davidson. She had been living there for a month and McCaleb wanted her removed.

When police returned a second time, they arrested McCaleb as he left the residence and found Cook inside the home with multiple stab wounds. She was transported to a local hospital where she died.

McCaleb is being held on a $700,000 bond, according to online jail records.

SEDGWICK COUNTY — Law enforcement authorities are investigating a fatal stabbing and have made an arrest.

Just after 4 a.m. Saturday, police were dispatched to a stabbing call at a residence in the 2400 block of South Washington in Wichita, according to officer Keven Wheeler.

Upon arrival, the officers located a 28-year-old woman inside of the residence who had been stabbed multiple times. She was transported to a local hospital where she later died from her injuries.

At the residence, police questioned a 44-year-old man later identified as Jason Leigh McCaleb. He was later arrested and is being held on a $500,000 bond on requested charges of premeditated first-degree murder, according to online jail records.

There were no other injuries, and this was not a random incident. Name of the victim has not been released.