Jayhawk men tip off action in Maui with Chaminade Monday 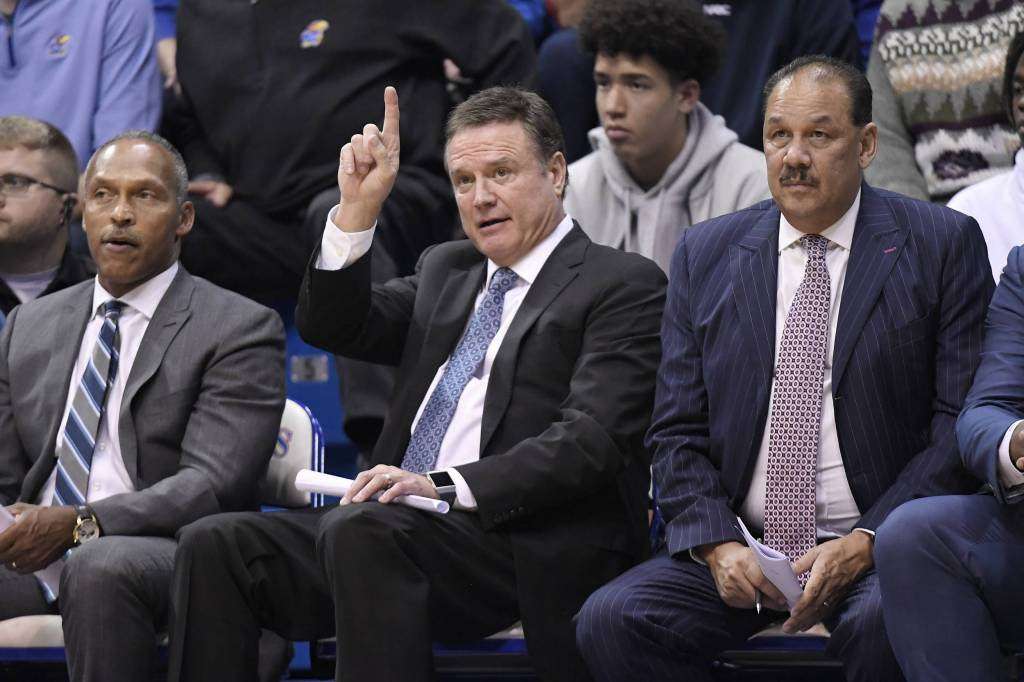 MAUI, Hawaii -- No. 4/5 Kansas (3-1) is set to begin bracket play in the Maui Jim Maui Invitational when it takes on Chaminade on Monday.

The Jayhawks and Silverswords are slated to tip off inside Lahaina Civic Center at 8 p.m. (CT) on ESPNU. Dave Pasch (play-by-play) and Bill Walton (analyst) will call the action.

KU IN THE MAUI INVITATIONAL

Kansas has a combined 15-6 record in this Maui Jim Maui Invitational (counting home games that are part of the tournament). KU is 12-6 in games played at the Lahaina Civic Center in Maui, Hawaii.

In KU’s 1988 NCAA National Championship season, the Jayhawks placed fourth in the event, going 1-2. Kansas won the 1996 Maui Invitational, defeating LSU, California and Virginia. Raef LaFrentz was named the MVP. In 2001, KU finished third in the event with a 2-1 record. Drew Gooden was a member of the all-tournament team and was the first Jayhawk on the Maui Invitational all-tourney list, which began in 2000.

Kansas will play either BYU or UCLA in the second round of the 2019 Maui Jim Maui Invitational. The Jayhawks are 3-1 all-time against BYU. UCLA holds a 10-8 series advantage versus Kansas.