Here are the Kan. counties, cities taking on opioid industry 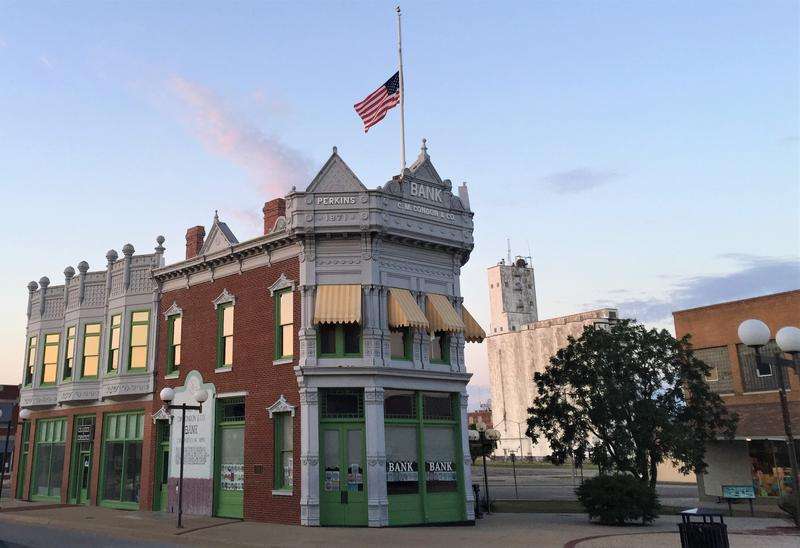 TOPEKA — More than two dozen cities and counties across Kansas have sued the opioid industry, from a small town with a population of 150 near the Colorado border to the state’s most populous county at its opposite end.

More may still file suits, legal experts say. And those that don’t could get a payout regardless if opioid makers, distributors and vendors opt for a global settlement. That would not only end the massive snarl of lawsuits brought by 2,600 parties nationwide but also prevent tens of thousands of other local governments from taking them to court, too.

Cities and counties that are currently going through the legal process see settling as a way to get addiction-rattled communities resources sooner rather than later.

“(Lawsuits) cost money to pursue for one thing,” he said. “At some point … the money in hand is better for the client than risking additional time and litigation.”

Richard Ausness, a law professor at the University of Kentucky, says pill makers, pharmacies and others see harm in going to trial.

“It’s extremely bad publicity,” he said. “And no telling what kind of dirt might might turn up in this litigation.”

The Kansas News Service identified 28 governments in Kansas among the nearly 2,600 parties nationally.

The Kickapoo Tribe is also suing, as are the cities of Elkhart, Manter, Overland Park and Ulysses.

David Black is an attorney for Ulysses, Manter and Stanton County in southwest Kansas. The costs of opioid addiction, he said, play out locally in crime investigations, ambulance trips and more.

“It’s stretched our resources,” Black said. “It continues to.”

Plaintiffs would have to lay out their specific costs at trial, but when large numbers of lawsuits become linked into a single massive, federal case, experts say they almost always end in settlements.

A federal judge in Ohio is coordinating pretrial steps for the thousands of lawsuits under what’s called the National Prescription Opiate Litigation. The first trial would have involved two Ohio counties and served as a bellwether test of the arguments, but defendants settled for more than $325 million combined last month.

The judge is encouraging a broader resolution, paving the way for unprecedented class-action-style negotiations on behalf of cities and counties across the U.S. that would ultimately ask them all to vote before finalizing settlements.

The opioid industry could still settle just with the current parties, but a more global settlement would help them avoid an unending parade of suits from the rest of the nation.

A global settlement could come out to billions of dollars. In a hypothetical $1 billion scenario, though, Sedgwick County would get nearly $1 million and Johnson County more than $700,000. That’s under a formula designed to potentially divy out the money to parties and non-parties alike based on local opioid deaths and other measures.

You can explore what each Kansas county would get in a hypothetical global settlement on this website set up to inform communities.

University of Connecticut law professor Alexandra Lahav said local governments should not base expectations on what the two Ohio counties got recently.

“They had a trial date that was coming up,” she said. “A defendant in many cases in general is going to be willing to pay more when the trial is tomorrow.”

Where attorneys general fit in

State lawsuits — like a recent trial in Oklahoma — don’t fall under the National Prescription Opiate Litigation, and some attorneys general have made clear they see suits by cities and counties as a threat.

His office and other states filed legal briefs in federal court warning that “political subdivisions will be able to extract through settlement money that rightfully belongs to the states.”

State governments can best handle the money, they argue, because they protect all their communities, control statewide policy and will deal with the money fairly.

Cities and counties reject that argument. The massive settlement with the tobacco industry 20 years ago went to state coffers but largely not toward anti-tobacco efforts. In Kansas, money fed into funds to support programs for young children, but state leaders raided the tens of millions in annual tobacco payments time and again for other purposes.

Celia Llopis-Jepsen reports on consumer health and education for the Kansas News Service. You can follow her on Twitter @Celia_LJ or email her at [email protected] The Kansas News Service is a collaboration of KCUR, Kansas Public Radio, KMUW and High Plains Public Radio focused on the health and well-being of Kansans, their communities and civic life.